Miami’s seduction is never subtle. The city draws you into her charms with sparkling blue water, glittery high rises, miles of beach, and remarkably hot people sporting barely there attire. Yet Miami, like all urban enclaves, has her flaws — the traffic, the crowds, and more traffic. When the urge to escape Magic City’s madness strikes, consider an escape to the glorious, great outdoors with a camping trip to Bahia Honda State Park at Mile Marker 37 in the thick of the Florida Keys. 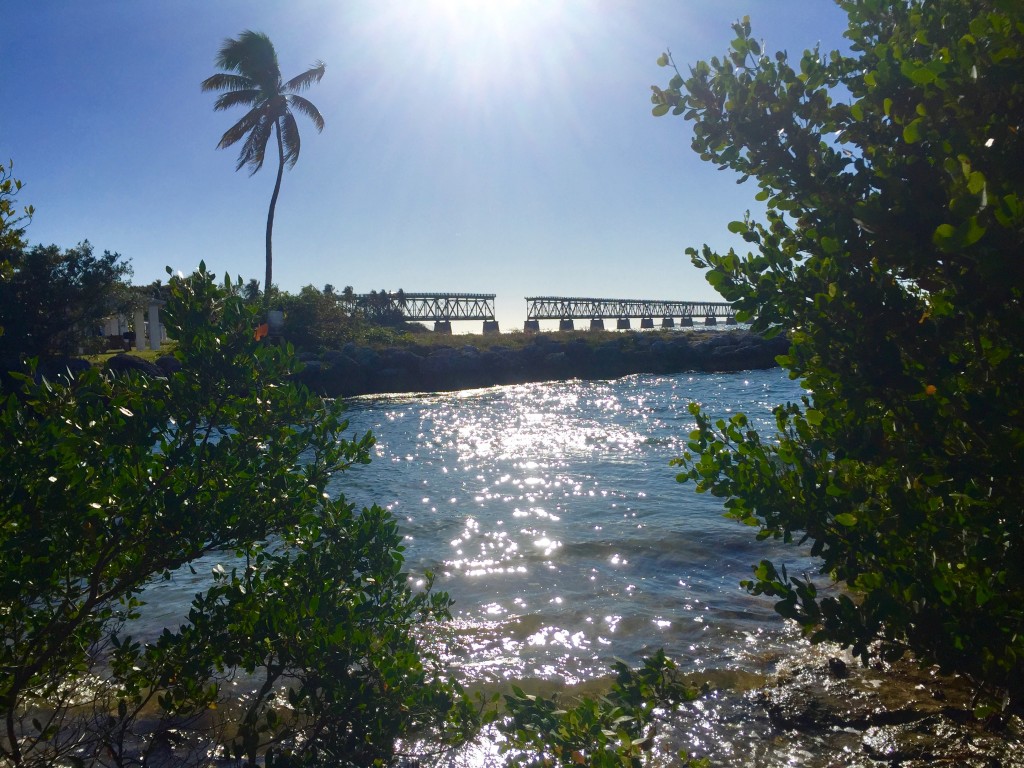 You’ve probably seen Bahia Honda as you zipped past on Route 1, en route to Key West. It’s hard not to notice the rickety bridge that rises in the distance alongside the highway — a remnant of Henry Flagler’s railroad to Key West. It’s sliced right in two, a missing hunk mysteriously vanished. The bridge rises from the island of Bahia Honda, which is now a designated park and home to some of the Keys’ prettiest and tranquil beaches, excellent fishing, vibrant offshore snorkeling and painfully beautiful sunset views.

Within the park, you’ll find picnic areas, a concession stand with chair and umbrella rentals, kayak and snorkel gear rentals, and a boat launch. Still, if you’re feeling lazy, you can simply sprawl out on a long stretch of soft sand. 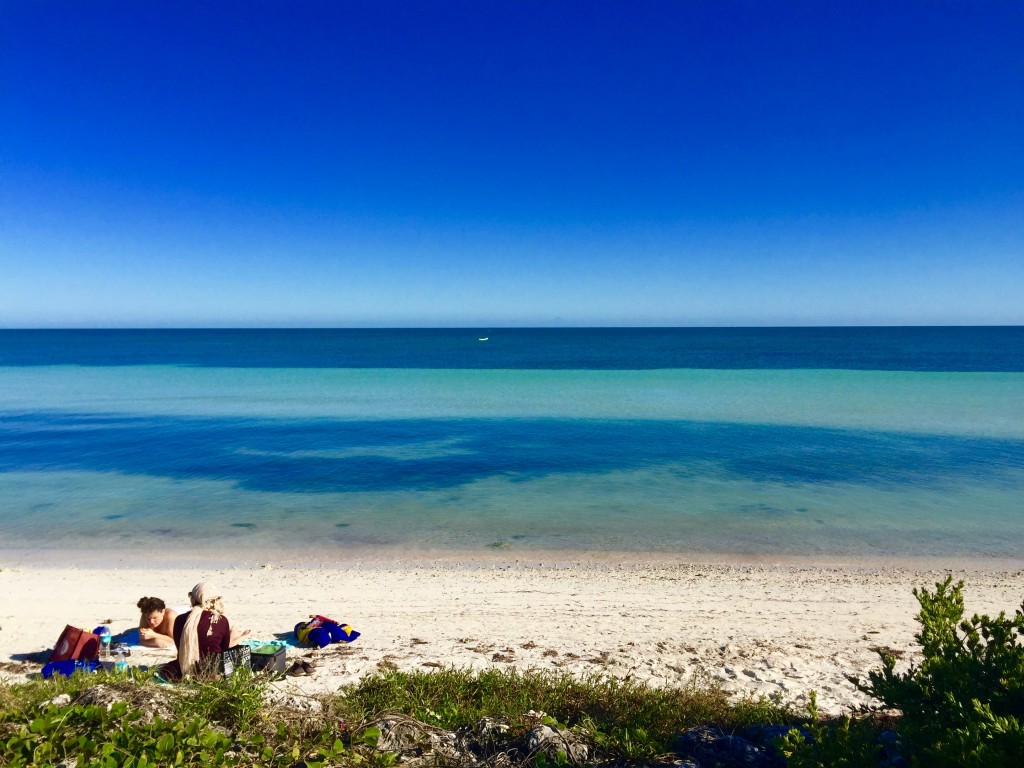 Here’s the rub: Bahia Honda is popular — like, really, really popular. Tent, cabin and RV sites can be booked up to a year in advance and often are. And hey, we get it — Miamians are not the most reliable planners.Still, if you’re determined to see some of the prettiest sights the Keys have to offer, it’s worth your while to check the online reservation system for cancellations.

Of course, you can visit Bahia Honda for the day from Miami (though it’s solidly a 3-hour drive with traffic), or opt to stay overnight in nearby Key West. Yes, you’ve got options, people. But the thing is,  what makes a trip to Bahia Honda extraordinary is the freedom to explore it once the maddening crowds have vanished. As sunset grows near, day visitors depart, leaving blissful peace and quiet shores. The great irony here is that the island’s sunset views are simply brilliant.

Bahia Honda is home to 3 campgrounds which consist of 80 sites, including RV-friendly sites, and 6 cabins. When we traveled here on a recent weekend, we were able to book our lodging by chance: after studiously checking the reservation system, a cancellation popped up for a cabin and we jumped on it.

The cabins are completely amazing. Yes, they’re a bit rustic, but they sleep 6, have A/C and heat, and feature a fully stocked kitchen and dishwasher. A dishwasher!! No, it’s not roughing it, but yes, it’s mighty comfy. Plus, sheets and towels are also included.

Bring food and plenty of wine, whip up a meal on the outdoor, waterfront grill, and watch the stars twinkle in the evening sky from your cabin’s balcony. In two words: peaceful perfection.