Sidestep South Beach’s club scene and crowds and find respite in the madness at Wolfsonian-FIU, housed in a giant, boxy building in the heart of the Art Deco district. The museum exhibits a 150,000-piece collection amassed by Mitchell (“Micky”) Wolfson Jr., a Miami native with a penchant for propaganda arts.

The collection showcases modern design, chronicling the roots of design from the late 19th to mid-20th century through artifacts, artwork, and other design pieces, like enormous stained-glass panels.

Quirky Alert: Keep an eye out for the 8,000 matchbooks collected by Egypt’s King Farouk.

The exhibits here feature object created with a greater social purpose — not merely art for art’s sake. Rather, you’ll connect with socio-economic issues, as well as themes of nationalism, industrialization, and political strife while you admire the collection. 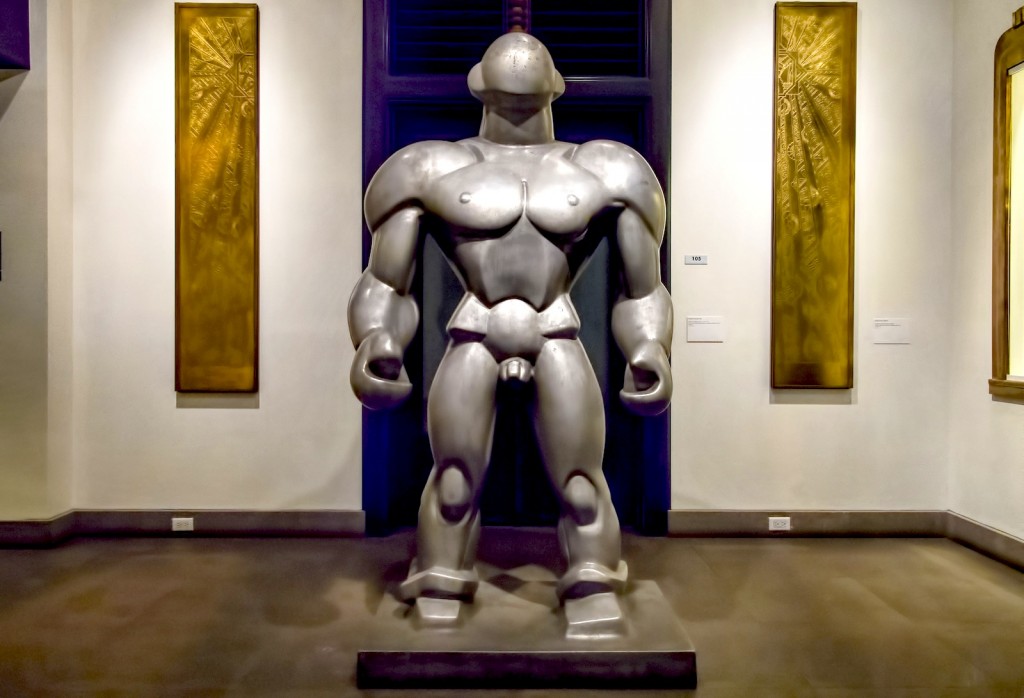 The museum “mascot,” the sculpture ‘Wrestler’ (1929, aluminum) by Dudley Vaill Talcott. (Photo by Dan Lundberg under license CC BY 2.0)

You’ll see World War II propaganda posters, along with Bauhaus furniture and vintage kitchen appliances, all of which reflect a particular era of modernization and political or social awakening.

Plan to leave yourself time after wandering the museum to explore the fabulously funky museum shop — it’s perfect for picking up unusual gifts or souvenirs, or simply treating yourself to something rad, like a wacky Rabbit in Wonderland Candle Holder.